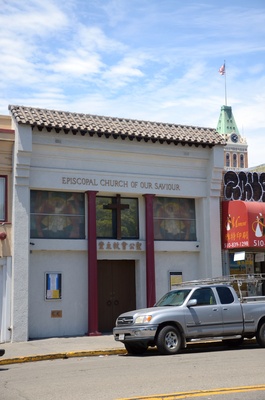 Episcopal Church of Our Saviour was originally founded as the True Sunshine Episcopal Mission, and was also known as the Chinese Episcopal Mission. It's currently located at 1011 Harrison St. across from Lincoln Square Park.

Following the exodus of refugees from the 1906 earthquake, Deaconess Emma Drant crossed the bay and set up the Oakland branch of the Chinese Episcopal Mission. Over the next several years the church met in a variety of locations, then c.1913, they moved into a converted barn at 320 - 6th St. In 1941, they moved into a new church at 9th and Madison. Then in 1965, they were forced to move because of the construction of BART and the relocation of Madison Square Park. The church rented facilities at 4360 Lincoln Ave. "The Mission attempted to integrate in a predominantly white neighborhood, but was relatively unsuccessful. Then in 1969, the Mission congregation reaffirmed its desire to minister to the Chinese people and to return to the Oakland Chinese community." 1 In 1970, the church moved to Harrison St. 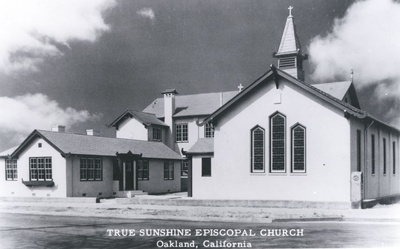