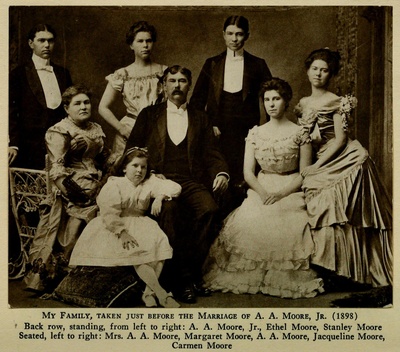 Ethel Moore (March 6, 1872 – October 4, 1920) was a social worker and founder of the Oakland Social Settlement. She was one of the trustees of Mills College beginning in 1915. 1 Moore was a supporter of women's right to vote, and served as a member of the playground commission. 3

Moore was born March 5th, 1872 in Oakland to Albert Alfonso Moore and Annie Jaqueline Hall (Moore). For most of Ethel's life. she lived with her parents on 6th Avenue. She graduated from Oakland High School. After attending UC Berkeley, she went to Vassar College in New York. 4

Moore died in 1920 at the Stanford University hospital in San Francisco following surgery 2, and is buried in Mountain View Cemetery along with members of her family. Her sister Jaqueline is buried in the Valentine family plot.

Several buildings were named in her honor, including Ethel Moore Hall, a dormitory at Mills College, and the Ethel Moore Memorial Building (currently unused; owned by Oakland Unified School District and was used an administration building.)

Moore is one of the 20 women featured as part of the Sigame sculpture. 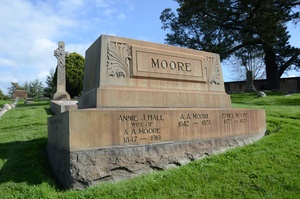 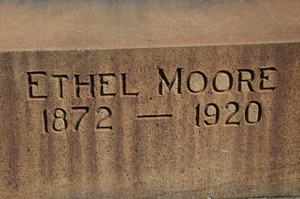