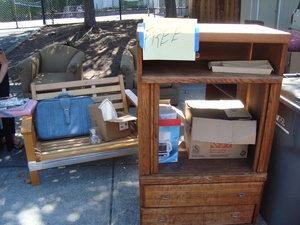 completely fair game. also, a good example of good practices for putting stuff on the street (stuff was clearly arranged by a human and there's a "free" sign).

That piece of furniture on the side of the road, that blackberry push right by the sidewalk, that orange tree dropping fruit onto the sidewalk. What is fair game and what isn't? 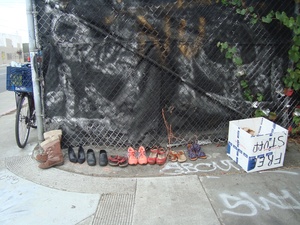 clearly arranged by a human and box labeled "free"

Better to leave it alone: