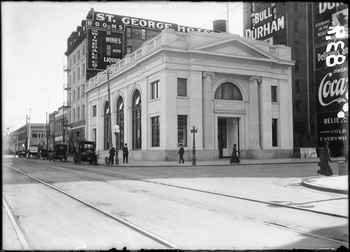 Farmers and Merchants Savings Bank was established November 12, 1892, and merged into Crocker Bank in 1947. 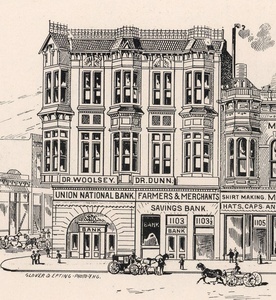 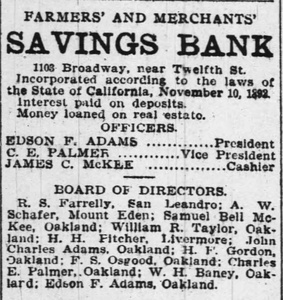 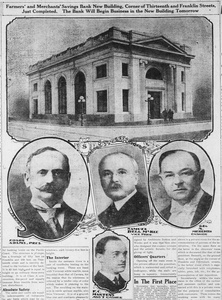 The bank was originally on Broadway near 12th St. In June 1910 it moved to the building shown above at 13th and Franklin St. 2,4 It was designed by Sutton and Weeks, and constructed by Rickon-Earhart Engineering and Construction. 3

The bank merged with Crocker First National Bank in March 1947. 6 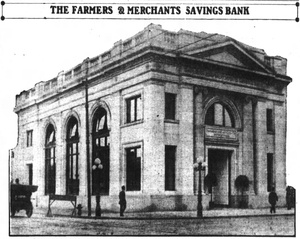 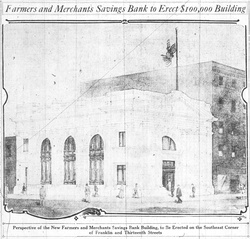