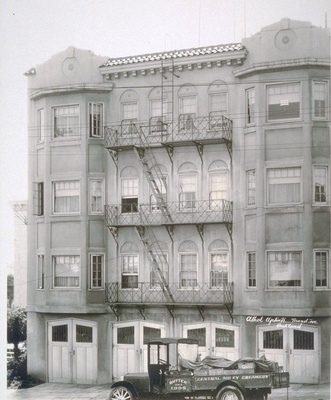 The Farol Apartments are located at 445 Bellevue Avenue near Grand. They were constructed in 1925 by C. Hamilton Elrod for owner Einar Oas 2 and most likely named for Einer's wife, Farol Oas. 4

The photo from the UCB Bancroft Library has "Athol Apartments Grand Ave. Oakland" written on the photo, but no records have been found calling it that. There is an Athol Lake apartments at 226 Athol Ave., but that's a separate building. 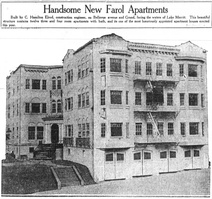 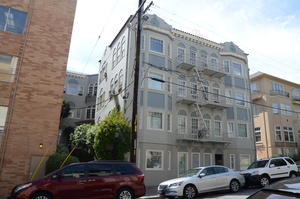 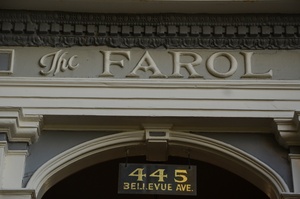 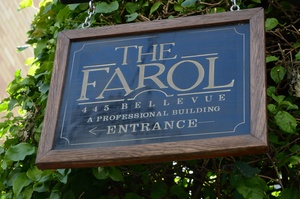