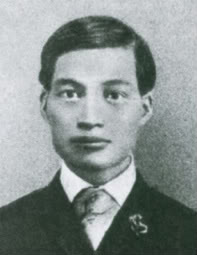 In October, 1910, Feng Ru crashed when his propeller suddenly stopped while flying over Elmhurst. Feng was uninjured, but his biplane took several weeks to repair. 6

A Chinese immigrant, Feng Ru built airplanes in Oakland, and one of his workshops was on the site of what is now Laney College. 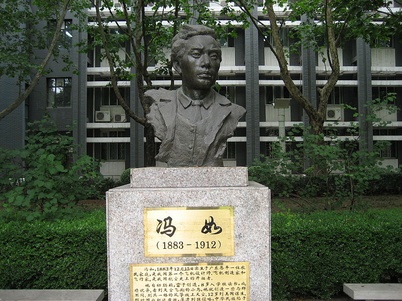 bust at Beijing University of Aeronautics and Astronautics1 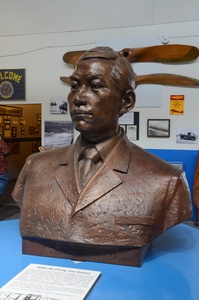 A bronze statue of Feng Ru was unveiled at Laney College on the 100th anniversary of his historic flight in 2009. The bust was subsequently moved to the Oakland Aviation Museum. 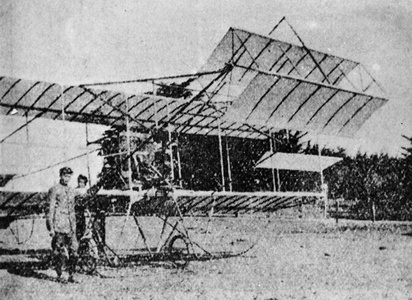 The Feng Ru 1 in Oakland, California 3

Feng Ru had wanted to return to China and bring such advances as the telegraph and electricity as well as powered flight. 5 After his triumphant successes in Oakland, Sun Yat-sen specifically requested Feng return to China.

During an aerial exhibition on August 26, 1912, Feng Ru was killed when his plane crashed. Sun Yat-sen insisted he be buried in the Mausoleum of the 72 Huanghuagang Martyrs, where his tomb was inscribed with "Pioneer of Chinese Aviation". 1,4