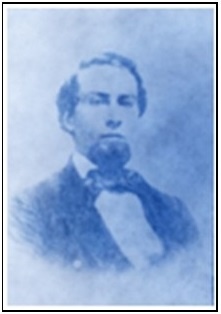 I have a few firm details, and other tantalizing leads. His death in 1888, at the reins of a team of horses, was covered by three San Jose newspapers. He left a widow and nine children, one of whom was my grandmother.

John's origins in Ireland (b: ca. 1834, perhaps in Co. Wicklow Wexford) are unknown. The date of his arrival in California is unknown. Who his parents were, and whether he had siblings are unknown. I believe he became a naturalized citizen in San Francisco in 1863. There is an index with a name with the right profile, but the records were lost in the fire of 1906. He was a registered voter (listed in the Great Register) in both Alameda County and Santa Clara County.

In about 1860 John married Mary Sinnott, the daughter of rancher John Sinnott, from Milpitas. The date and place of the marriage are unknown. John Sinnott was related by marriage to the famous Martin Murphy, Jr., of Sunnyvale. (They married twin sisters.) But there is no evidence that my John Murphy is part of the famous Murphy family. "Murphy" is the most common family name in Ireland, as well as the most common surname in County Wicklow Wexford. 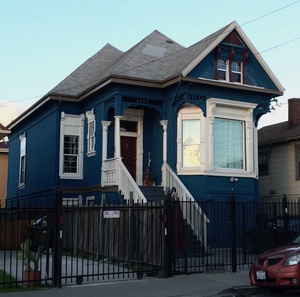 The family was large, and various members moved a lot, including various San Jose locations. Some Oakland locations associated with the family: