Fong's business was investigated by state and federal officials for his advertising claims for his herbs, but he was never convicted. Satisfied customers testified on his behalf in a 1932 trial. Some of his later advertisements would detail attacks by the federal government on his herbal practice.

"Wan parlayed his herbal profits into real estate, nightclubs and restaurants." 1 In San Francisco, he owned the Club Shanghai and Chinese Cellar. In Oakland, he owned the Club Oakland and Nanking Cafe. "He pays nightly visits to his Club Shanghai and Club Oakland, chauffeured in either his 1948 Packard or 1949 Buick by Elmo, a young man who said Fong cured him of a serious disease." 2

Fong was born in Guangdong province in China, the "number 2 son" of 9 children. After a visit to Japan, his father paid his way to San Francisco to live with an uncle. "Fong, at 17, arrived in San Francisco with $10 and a long queue. He soon got rid of the last item but was never to be greatly concerned about the first." 2 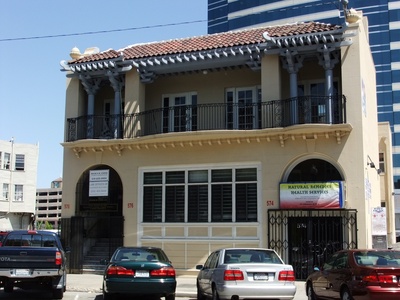 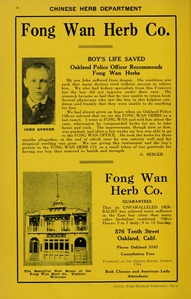