Shaklee and his second wife Dorothy Eleanor Potter (Shaklee) (1902–1997) are interred at Chapel of the Chimes. 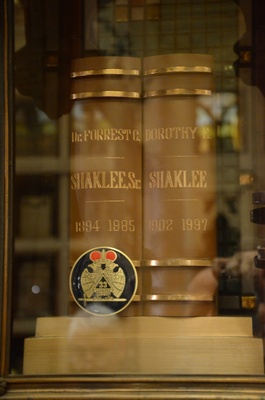