Dr Francis F Jackson served on City Council in 1907 and 1915 (as Commissioner of Public Health and Safety). 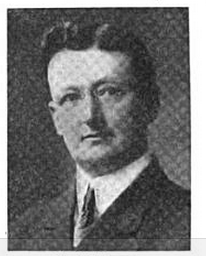 Dr Francis F Jackson was born in Ontario, Canada. He came to California in 1886.17

Jackson pharmacist (druggist) and proprietor of the Key Route Pharmacy and part of the Jackson Brothers, located at 1171 Market Street. The Jackson Brothers ad read:"Chemists and Druggists; Specialties Jackson Jersey Balm, the Most Exquisite Preparation Known for the Skin and Complexion; Also Dr James' Headache Powders and Dr Cook's Cold Capsules; 1173 Market and Key Route Inn, 22nd and Broadway."7 He was also the "perfecter" of the Chicago Boiler Compound which became so financially successful that Jackson could afford to attend medical school. Jackson graduated from the College of Physicians & Surgeons in San Francisco in 1903.

In 1916, there was a recall election against Jackson. The recall was premised on the fact that Jackson ran on a platform of No New Taxes. In actuality, his office spent more money than his predecessors and then had the nerve to ask for more. Then he had the nerve to add 10 more patrolmen to the police force without asking the civil service board.12 Jackson was not recalled, but 3 boxes of ballots were found after the fact leading opponent Dr R. M. Higgins to cry foul.8

Jackson was involved in a number of scandals in addition to the recall. In 1917, Chief of Police Walter J. Petersen was accused by Jackson of insubordination. (Possibly in retaliation,) Petersen then accused Jackson of graft and violating his campaign platform of good government. Jackson voted for a proposal to investigate the charges.10 Although Jackson had appointed Petersen, the two had a history. In 1916, Petersen attempted to drive "Hitchcock's Private Patrol" out of Oakland, and Jackson tried to keep them in. Hitchcock had a hand in Jackson's driving out of the previous police chief, William F. Woods. Further, Jackson's brother, George Jackson, was the man from the city attorney's office assigned to look into the case.11

Petersen's claim may not have been purely personal: Jackson's name also came up in a graft trial in 1919. Although Jackson was not on trial, the connection was made between Jackson and $10,000 monthly netted by city officials from the Chinese lotteries.14

Jackson doesn't appear to have been all bad, and if nothing else, he had his hands in a lot of important historical things. While a councilmember (not a commissioner) he was chair of the wharves and waterfront committee. That meant that in 1907 he got to appoint representatives of the Merchants' Exchange, the Chamber of Commerce and the Harbor League. He stated that he would be appointing people who would not be unduly influenced by politics.15 One source credits him as the "father of the ordinance to establish children's public playgrounds."16

In his role as the commisioner of public health and safety, he dealt with the Spanish Influenza epidemic and all kinds of police issues. For example, in 1918, he ordered the telephone company operators and merchants to spray the mouthpieces of public phones daily with germicides.5 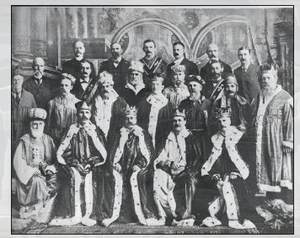 Jackson was a member of the Scottish Rite Masons, Gethsemane Chapter of Knights Rose Croix (Freemason), Independent Order of Odd Fellows, a Noble of the Mystic Shrine (Shriners), a Knight Commander, Court of Honor (Scottish Rite) at Washington, D.C.