Francis K Shattuck, courtesy Richard Schwartz by way of SFGate: "Eccentrics, Heroes, and Cutthroats of Old BerkeleyFrancis Kittredge Shattuck (March 6, 1824 – September 9, 1898) was a very important figure in early East Bay history. Born in New York, he came to Oakland in 1850 and was one of the early settlers of the San Antonio Ranch near Temescal Creek along with George Blake, William Hillegass, and James Leonard.3 Shattuck was the fifth mayor of Oakland.

Shattuck and Hillegass ended up owning at least 640 acres of land, and Shattuck was involved in the livery business. As one source writes, "With most of the measures which have been from time to time adopted for the improvement of Oakland, [Shattuck] has been more or less closely identified." This includes the railroads, the wharfs, the university, utilities, etc. 7 Shattuck was a founding member and President of Oakland's Masonic Temple,1 was President of the Mutual Endowment Association, director of the First National Bank, and involved in the beginning of the Oakland and Berkeley Rapid Transit Company. He was described at his retirement: "we do now extend to Mr Shattuck the thanks of the Board for the able, untiring and energetic manner in which he has for so long a time discharged his duties among us, and the cordial and uniform kindness and correctness which has always characterized his conduct as a Supervisor and Chairman of this Board."8

Shattuck was involved in the attempted annexations of Berkeley.4

He worked to get the Central Pacific Railroad to build an extension into Berkeley, in order to connect Berkeley with the mainline and hence to the ferries into San Francisco.

The First Congregational Church began as a congregation meeting at Shattuck's home.

He was a founding director and president of The Commercial Bank of Berkeley that was chartered on February 9, 1892.  The bank became First National Bank of Berkeley in May 1900 and on March 4, 1922 was sold to the Mercantile Trust Company of San Francisco, a predecessor of Wells Fargo Bank, N.A.12

Oakland, Athens of the Pacific gives the following timeline for Shattuck:

1864: Started the Broadway Street Railroad out Telegraph Ave to College of California

1866: Built a "brick block corner" at 8th St and Broadway, along with several other houses

1870: Was granted right of way to build railroad to Fruitvale

1876: Ended his business career to focus on real estate. "He laid out 120 acres in town lots near the University of California at Berkeley, and built a larger number of houses, and sold them on the installment plan, thus making it easy for persons of moderate means to obtain a home." (Presumably this philanthropy took place near Shattuck Avenue.)9

Shattuck died of complications from injuries sustained from being knocked down by a man getting off a train that Shattuck was attempting to board on (irony alert!) Shattuck Avenue. 11 He is buried with his wife, sisters, and business partner & brother-in-law George Blake in plot 2 in Mountain View Cemetery. The lot includes markers for Shattuck, Blake, Lee, Havens, and Cora E. Morse. 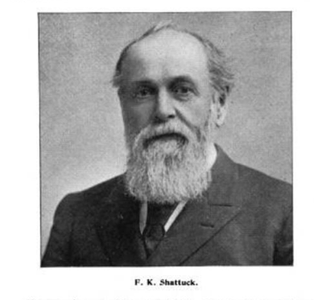 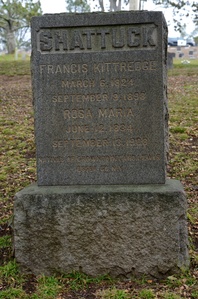 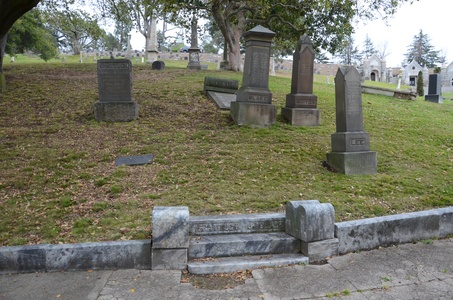 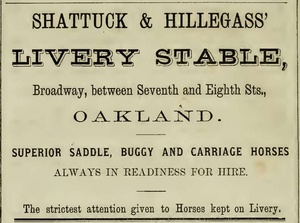 Ad for Shattuck & Hillegass' Livery Stable, Directory of the Township and City of Oakland, 1869 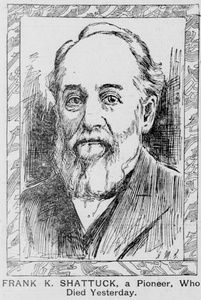 Party Affiliation: While running for Mayor, he ran with the Republican party. 6 His politics were with the Republicans: he served on the State Central Committee, was a delegate to the National Convention in 1872, and was a strong supporter of the Union during the Civil War. Several sources note Shattuck's resolution to the City Council on the occasion of President Lincoln's death in 1865.