Frank Kennedy Jackson was born in Alameda in 1885 to Henry Kennedy Jackson, founder of Jackson Furniture Company.  He graduated from Alameda High School and then from Stanford University in 1909.  After graduation he joined the family furniture business, becoming president in 1931 upon his father's death. Under his guidance Jacksons expanded into Berkeley, Walnut Creek, Sacramento, Vallejo and Hayward.

Frank and Gladys had two sons, Maxwell Kennedy Jackson and Bruce Jackson. Bruce was killed in WWII.  After divorcing Gladys, Frank married Gertrude Cole, having one son, Harry A. Jackson. 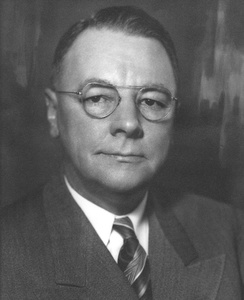 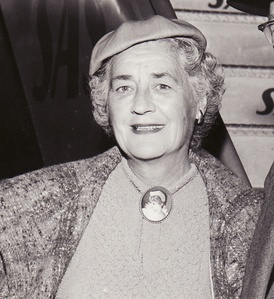 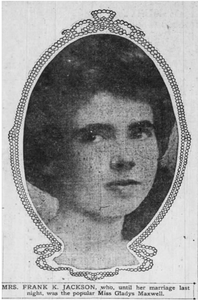 Gladys Maxwell JacksonFrank ran Jacksons successfully for many years before turning the business over to his son Harry.  Frank enjoyed the good life and  was an early aviation adopter keeping his plane at North Field for most of the 1930's.  He also had a large boat that he kept at the Oakland Yacht Club.  He was a member of the Diablo Country Club, Claremont Country Club, Athenian-Nile Club, Athens Athletic Club, and Quiet Birdmen.  Like his father Henry, he spent the last years of his life living at the Bellevue-Staten Building. Frank died in 1954 and his wife Gertrude then married the widowed O.D. Hamlin Jr. in 1955.