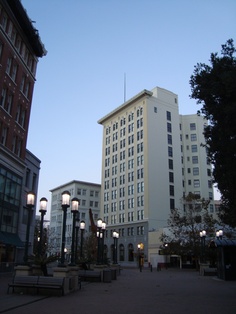 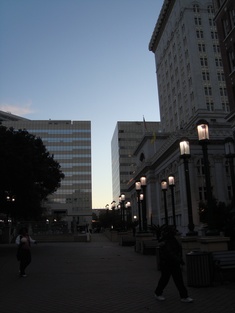 Frank H. Ogawa Plaza (aka "City Hall Plaza" "City Hall Park" "Memorial Plaza") is the central square for the City of Oakland, California.  In 1998 the plaza was renamed in honor of Frank H. Ogawa, who served on the city council for almost 30 years. There is a large oak tree and an outdoor auditorium in the middle of the plaza. Prior to being renamed for Frank Ogawa, the plaza was known as Memorial Plaza, and included a monument to Oaklanders who had served in World War I.

The plaza was the center of the Occupy Oakland movement, and some people referred to it as Oscar Grant Plaza, There are no people camping on it now because the encampment was violently removed by the Authorities. On November 14, 2011 then acting Chief Jordan declared that Frank Ogawa Plaza was a "public area" and said that the Oakland Police did not have any right to remove someone if they were just there exercising their first amendment right.1 Nevertheless, the encampment was removed shortly afterwards, as part of a series of police actions that received national notoriety for the brutality and disregard for the law and public safety, on the part of the officers. One reason given for this violation of civil rights was to protect the grass in the square. As of 2013, the grass has completely regrown on Frank Ogawa Plaza. 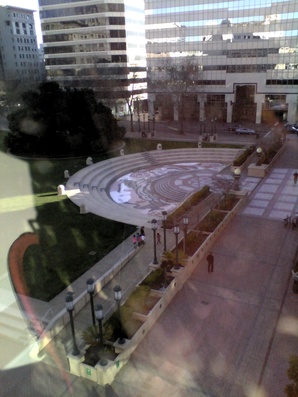 View of the amphitheater (cool design!) from the De Domenico Building. (by mk30)