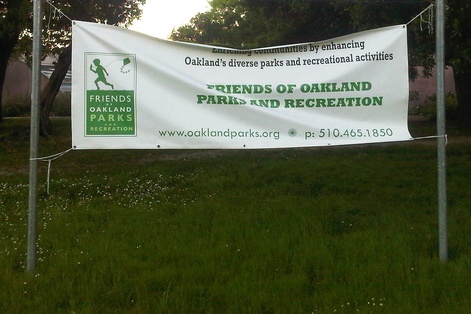 "The mission of Friends of Oakland Parks and Recreation (FOPR) is to improve the quality of life for all Oakland citizens by generating funding and support for projects and programs that enhance and supplement the recreational, environmental, educational, beautification and leisure activities offered through the Oakland Office of Parks and Recreation." 1

The Friends group was founded in 1981 by Anne Woodell and others.