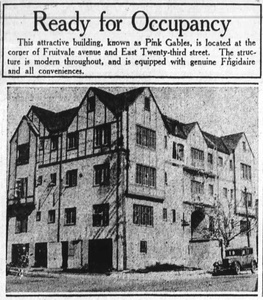 Fruitvale Arms Apartments is an English-style apartment building at 2317 Fruitvale Avenue. It opened in March 1929 as Pink Gables Apartments. 1 That name only appears until July 1930.