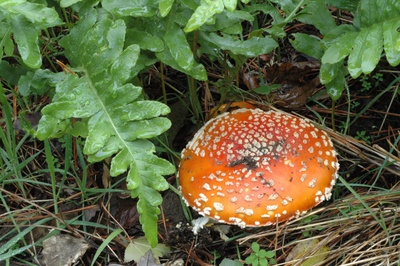 Amanita muscaria var. flavivolvata
CC SA-BY Our OaklandOakland has many diverse species of mushrooms (the fruiting part of fungi.)

One of them is Amanita muscaria var. flavivolvata, which was seen in the Oakland hills in 2008. In California. it usually grows with pine, and is an excellent indicator species for the highly sought after edible species Boletus edulis var. grandedulis.

The Oakland hills have many good places to get mushrooms. For example, the mushrooms in the picture below were all harvested in one day in Dec. 2014 in Joaquin Miller Park. Peak mushroom season is winter. Note that collecting mushrooms is not allowed in the East Bay Regional Parks. 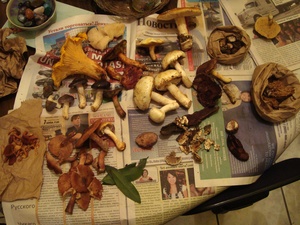