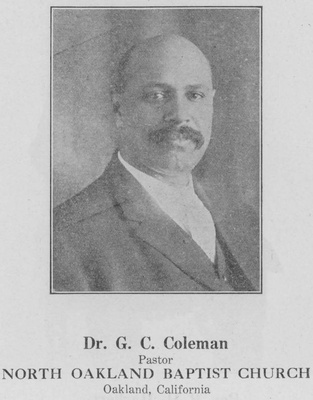 "I found that The Rev. Coleman had done more for his race in Oakland than all of the Negro preachers put together had ever done. Should one ever come to Oakland, look around a little and you will soon learn the Dr. Coleman is in the middle of everything. He was the cause of the city of Oakland having Colored Firemen, and all of the Colored men that hold political jobs are there by the request of this great preacher. And whenever a great trouble arises among the people, they look up Dr. Coleman."
- Walter F. Watkins, 1925 1

Coleman was part of the early efforts to get a Black YMCA, eventually leading to the Market Street YMCA which opened in 1926. 2 In 1940, he (along with C.L. Dellums and E.A. Daly) was elected a VP of the Alameda (county) NAACP. 4

Rev. Coleman's name appeared frequently in Delilah Beasley's Activities Among Negroes column in the Oakland Tribune. One column said "Rev. G.C. Coleman is such a public spirited citizen, readily cooperating in any movement for the betterment of either the city of Oakland or his race". 3

Rev. Coleman died August 10, 1942, and is buried in Evergreen Cemetery. 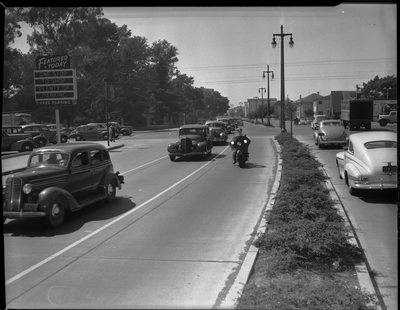 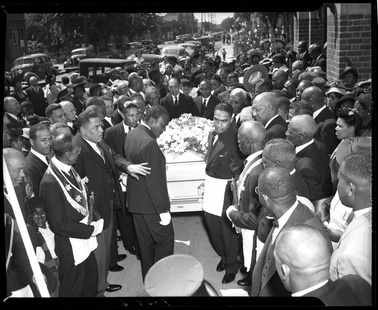