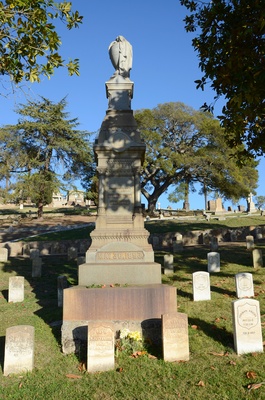 The G.A.R. Civil War Memorial (Monument & Plot), located in Mountain View Cemetery, Oakland, California, was built and dedicated by the Grand Army of the Republic (G.A.R.) members in honor of the former Civil War Union Army soldiers on Memorial Day, May 30, 1893.

Major Edwin W. Woodward, who originally enlisted for Civil War service with the 'California Hundred,' returned to California and in 1893 was elected commander of Lyon Post No. 8, of the Grand Army of the Republic. Major Woodward raised the financial funds to erect the G.A.R. Civil War Memorial which stands in Mountain View Cemetery. 1 The plot has a flag pole and is flanked by cannons. Originally the plot was surrounded by a ring of cannonballs, but beginning in late 2013, the remaining cannonballs were replaced with a stone wall and the tombstones near the edge of the plot were turned to face inward. 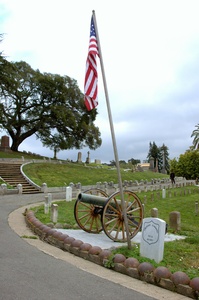 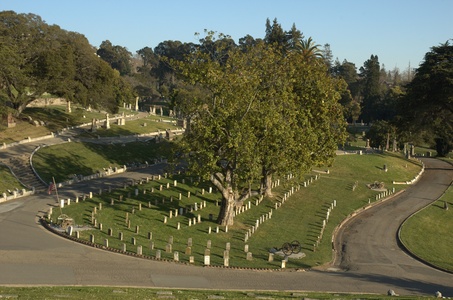 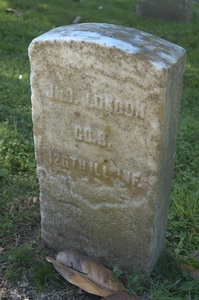