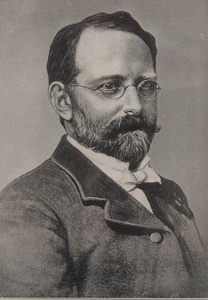 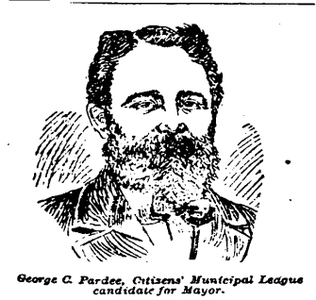 Pardee was the only son of Mary Elizabeth and Enoch Pardee, who was the 18th mayor of Oakland. Although born in San Francisco, George Pardee was raised in Oakland. Pardee married Helen Newhall Penniman (Pardee). Both George and Helen were graduates of Oakland High School, class of 1875. George and Helen had 4 daughters: Florence, Madeline, Helen, and Carol. There may have been a 5th daughter, Alice, who died in infancy. 11 Madeline and Helen lived in the family house their entire lives.

He joined Enoch's medical practice after receiving his MD in Germany in 1885. Like his father Enoch, Pardee was an "oculist", i.e., an eye doctor. Pardee has been called "Oakland's First Citizen" as well as the "Earthquake Governor" (as he was governor during the 1906 earthquake).1 Pardee was very concerned with conservation and education issues, and is remembered as a very progressive governor, which may have cost him a second nomination.5

In 1904, a black man was lynched in Southern California and Pardee did not use the Governor's office to condemn this. The Afro-American Council (AAC) called him out on this, and perhaps in response he released a black prisoner after the AAC petitioned him, saying he had been arrested on false charges.7

A book was written by George's relative, Aaron that is available for free online: "Genealogy of one line of the Pardee family, and some memoirs," dated 1896. 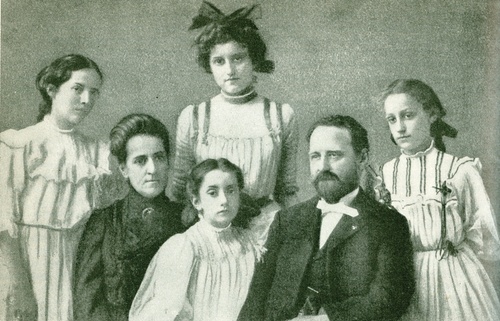 George, Helen, and many of the Pardee family members are buried in Mountain View Cemetery. Little Alice is in the unendowed section.

The Pardee family home is now a museum. Helen was a prodigious collector of items from all over the world, and the house still contains many of them. The Pardee Dam and Pardee Reservoir (the primary water source for EBMUD and hence Oakland) were named for him. 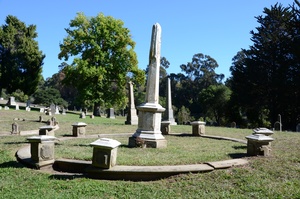 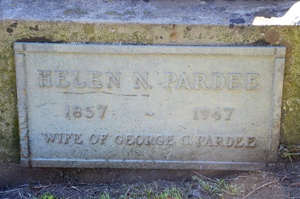