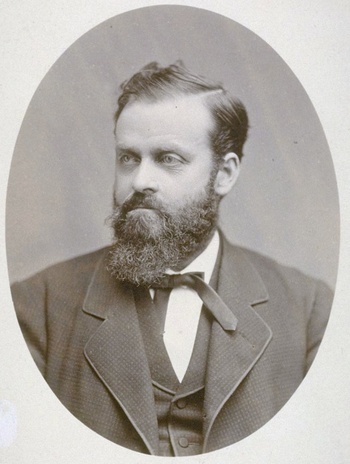 George Perkins was born in Kennebunkport, Maine to Clement Perkins and Lucinda Fairfield.

The following is copy/paste and needs to be rewritten:

"George Perkins early years were spent working on the family farm, which he did not enjoy. His dream was to become a captain of a ship. At age 13, he applied for a position as a cabin-boy, but he was considered too young. Not to be deterred, George hid on the ship and was not discovered until the ship set sail. He was set to work as one of the cabin-boys. He arrived in San Francisco when he was 16. Perkins tried his luck at mining for several months, but was unsuccessful. He moved to a mining camp in Ophir where he drove a mule train and worked as a porter in a store. Perkins eventually became a clerk at the store and earned a salary of $60 a month. When business had slowed, Perkins bought the store. By the age of 20, Perkins grossed about $500, 000 annually through his trade in merchandise, produce and provisions.

Perkins was elected to serve as a term as a state Senator in 1869 and was re-elected in 1871. This was the turning point in Perkins’ political career as well as in his business career. While Perkins was in the Senate he met Captain Charles Miner Goodall. In 1872, Perkins and Goodall formed the Goodall, Nelson and Perkins Steamship Company, which was renamed the Pacific Coast Steam Navigation Company. It was a very successful company. In 1873, Perkins was elected to fill the unexpired term of Senator Boucher, who passed away in late 1872.

In 1875, Perkins moved to San Francisco, leaving his brother to run the store. In addition to his store, Perkins also owned sheep and cattle ranches, was involved in mining and lumber interests. He was also a member of the Oregon Railway and Navigation Company, president of Arctic Oil Works as well as president of Starr and Company. He helped establish Bank of Butte County, and was a director for the California State Bank in Sacramento and First National Bank of San Francisco.

At the Republican State Convention of 1879, Perkins was selected as his party’s nomination for governor. His campaign for governor was successful garnering him 20,000 votes over the next closest candidate. Perkins was the first governor to work under the new state constitution. During his tenure, the State Normal School opened (which later became UCLA), and the University of Southern California was established. Perkins also pardoned numerous prisoners, personally interviewing each prisoner.

After his term as governor, Perkins returned to his business interests. However, in 1888, he was appointed as one of the directors of the deaf, dumb and blind asylum at Berkeley and was reappointed in 1891. In 1889, Perkins was appointed a trustee of the state mining bureau.

In 1893, Governor Markham appointed Perkins to fill out the unexpired term of U.S. Senator Leland Stanford, who had passed away. Perkins was re-elected to the U.S. Senate three more times. He retired from the Senate in 1915 and returned to Oakland." 6 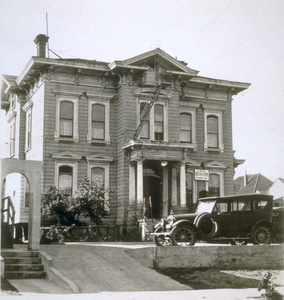 The old home of Governor and later Senator Geo. C. Perkins moved from the north half of the block between Adeline, Chestnut, 8th and 10th Streets. to the West side of Chestnut between 8th and 10th Streets, Oakland. Converted into a rooming house (October 5, 1928) 5 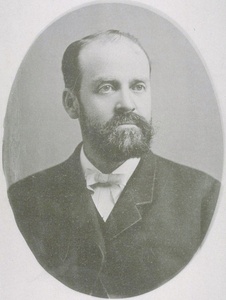 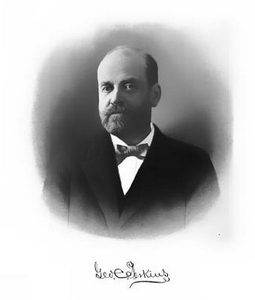