1874 Langley Directory Ghirardelli listingsThe Ghirardelli House was a grand mansion built by Domingo Ghirardelli for his family, with grounds that covered an entire Oakland city block bounded by 2nd, 3rd, Jefferson and Clay Streets.  The house's address in local directories was given as Third Street between Clay and Jefferson Streets.

Ghirardelli spared no expense in elaborate and elegant fixtures, including a fountain and statues of Count Cavour, Giuseppe Garibaldi, Benjamin Franklin and George Washington.  When construction of the house was completed in 1859, Ghirardelli moved his family from San Francisco across the Bay to their new home in Oakland.

The beautiful grounds were open to the public from 1859 to 1874 when Ghirardelli's business went bankrupt, and creditors seized his personal assets.  The house and all its contents, including the fountain and statues, were auctioned, along with numerous other properties formerly owned by Mr. Ghirardelli and his company.  A two column ad for the auction, specifically mentioning the house and the statutes, along with other Oakland real estate, appeared in the Daily Alta California on December 5, 1874.

Historical information from the Pardee House Museum indicates that the  house was eventually destroyed by fire, apparently between 1889 and 1901.  Months after the 1874 auction, the 1875 Bishop's Directory for Oakland included a home with an address of 567 Third Street (on the former Ghirardelli block) and the 1889 Sanborn map showed a large scale home at this address, but the home was not shown on the 1901-02 Sanborn map.

In 1882, the Oakland Iron Works moved to the southwest corner of the block, and the Remillard Brick Company occupied the eastern third of the block beginning in the early 1880s.

According to the 1887 Oakland Directory Domingo Ghirardelli and other family members lived at the following Oakland addresses:

Ghirardellis' Other Homes in Oakland

After losing their beautiful mansion on 3rd Street, the Ghirardellis moved to 773 Fifth Street and later to 767 Brush Street.  One source incorrectly states that the Oakland home below, located at 1909 Market Street, was Domingo Ghiriardelli's second home in Oakland, but this is not consistent with contemporary records. 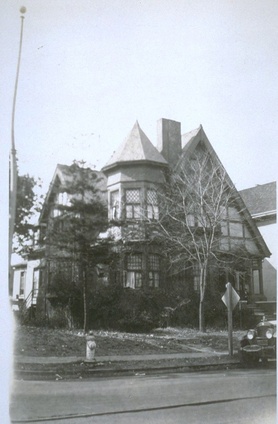 Second home of Domingo Ghirardelli and family in Oakland, California 1

This same source states that the the home show below, located at the S.W. corner of 6th Street and Brush Street, also belonged to Domingo Ghirardelli.  This has not yet been confirmed with a review of published directories 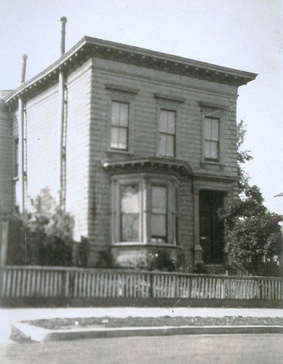