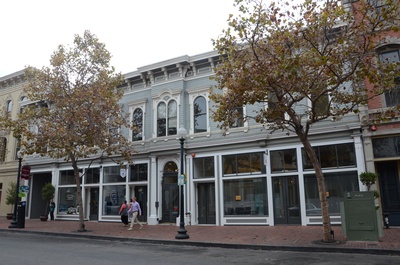 The Gladstone Building, located at 469 Ninth Street, Oakland, California, is one of ten Victorian office and retail buildings constructed in the 1860s in what was Oakland's first Downtown near the Central Pacific Railroad.

In October 2015 the ten buildings were purchased by Developer 11West Partners for $45.5M from Peter Sullivan Associates.

The buildings in the sale include: