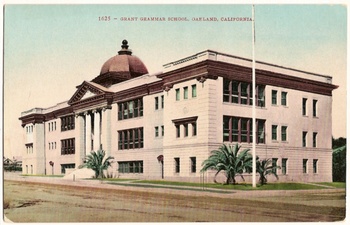 Grant School was located on the northeast corner of Broadway and 29th Street (formerly Prospect Avenue) in Oakland, current site of the parking lot for the Broadway Grocery Outlet. It was built sometime in the late 1800s, expanded in 1891, and a new structure built sometime between 1903 and 1911. The site was abandoned about 1921, and a completely new Grant Elementary was constructed at 417 - 29th Street and dedicated May 31, 1928. It is now the site of the Oakland Emiliano Zapata Street Academy.

Mrs. Elizabeth Powell was the Principal of Grant School in 1887, along with a staff of three teachers; Miss Elizabeth B. Myrick, Mrs. Belle E. Webb, and Miss Helen M. Blake.  Mrs. Minnie W. McLaughlin was employed as the school janitor. There was another separate listing for Miss Kate E. Hyde as janitor of the Grant School. 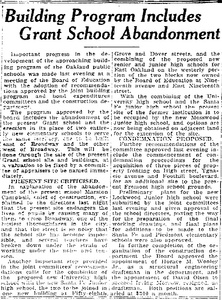 Excerpt from June 29, 1920 Oakland Tribune (public domain)In earlier years, there was a gentleman by the name of Jacob Winkler, who had been the proprietor of an Oakland barber shop.  When he was forced to retire due to old age, he became the Grant School janitor and was described as having been much beloved by the students. Jacob Winkler is buried in St. Mary's Cemetery.

Margaret Poore was the principal of the new Grant School and Edison Elementary School when they were dedicated in 1928. 1 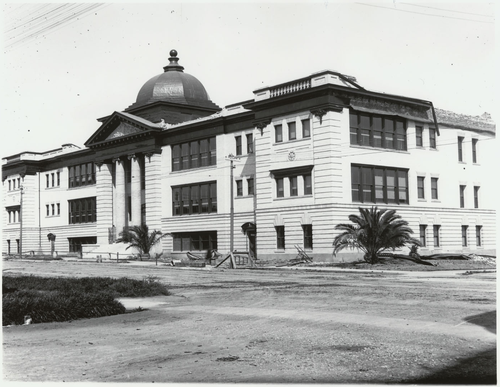