Greater Cooper A.M.E. Zion Church (originally Cooper's African Zion Church) is a long-time church in West Oakland, currently at 1420 Myrtle Street. The church dates back to at least 1902. 2 It was also sometime referred to as the Campbell Street Church. 5 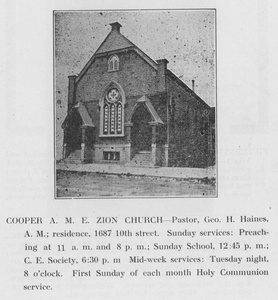 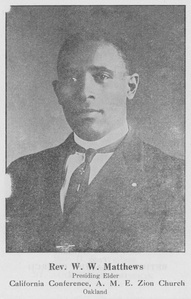 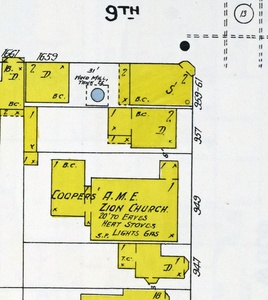