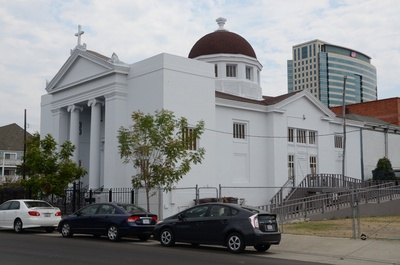 The Greek Orthodox Church of the Assumption was originally constructed on 920 Brush Street in Downtown Oakland, and dedicated on May 21, 1921.  This church was the first Greek American house of worship in the East Bay, but the community outgrew the building and in 1960 it was sold.  The community now worships at the Greek Orthodox Cathedral of the Ascension in the Oakland HIlls.

In 1976 the original church building was to be demolished for construction of the Grove Shafter Freeway (I-980).  State Senator Nicholas C. Petris assisted a small group to save the church.

On November 29, 1977 the Greek Orthodox Church of the Assumption was designated an Oakland Landmark, under Zoning Case #LM 77-522.  In 1978 the church was listed on both the National Register of Historic Places #78000651, and the California Historical Landmarks.

In 1979 the church was saved from demolition and moved by Caltrans to its current location at 928 Castro Street (at 9th Street), Oakland, California.  Although the building is still owned by Caltrans, it is used by Corinthians Baptist Church. 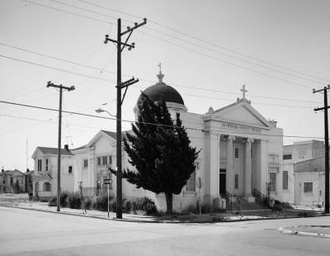 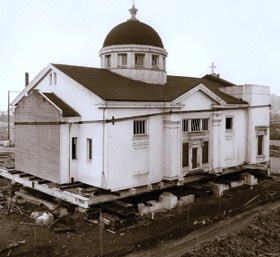 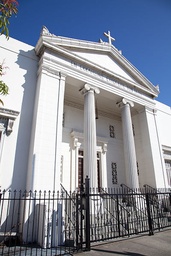 Greek Orthodox Church of the Assumption 3 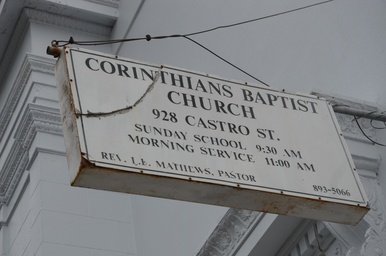 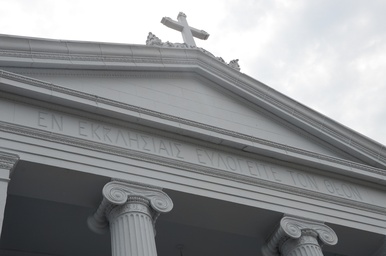 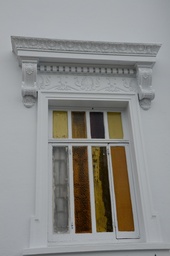