Hank is an American white pelican who lives at the Lake Merritt Wild Duck Refuge. Hank has an injury that prevents her from flying very far, and has been a full-time resident at Lake Merritt since about 2004.

Hank's story begins with Hector and Helen, two other white pelicans who used to live at the lake.

Hector and Helen, a pair of American white pelicans that had made Lake Merritt their home until they died at the ages of 27 and 29 years old, respectively. Hector died in 1985 and Helen in 1999.

Naturalists from Klamath Falls, Ore., who had heard about Hector and Helen, sent one of their own injured white pelicans to the Lake Merritt refuge to live out his life about nine years ago. They named him Hank.

For the first three years in his new home, Hank was the only American white pelican on the lake. Then he got a visitor, a white pelican that would stay for a couple months at a time during the migratory season. After about a year, two more started showing up and then over the course of the last four years, the population of American white pelicans has grown to between 13 and 23 pelicans.

Benavidez, who has observed this welcome migration of white pelicans, believes that they are from Hank's original pod from Klamath Lake "and they are staying for longer periods of time." 1 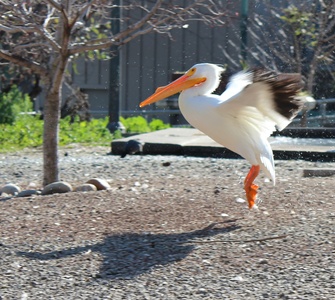 Not sure if this is Hank or one of his buddies. Lake Merritt, near the Rotary Nature Center. Photo: Pipi Ray Diamond 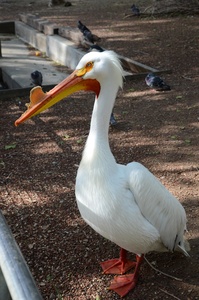 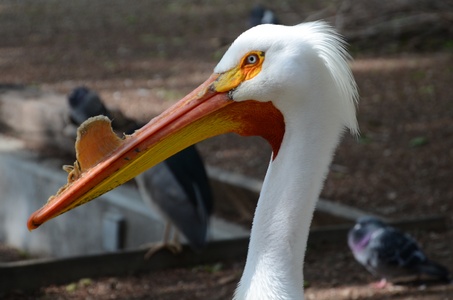