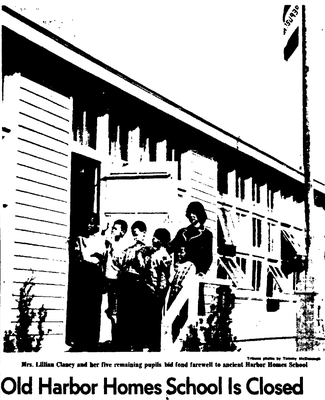 Harbor Homes School was a school in the Harbor Homes Housing Project. Unlike the project, the school wasn't built until after WWII. It existed in 10 temporary buildings from 1948 to 1963.

Teachers included Lillian Clancy, who was the last teacher in 1963.

Being in a small space, the school had some special challenges. A baseball hit into the water was considered a home run. Griffeath had a special long-handled net to fish the baseballs out of the water. The classroom buildings were initially heated by coal burning pot bellied stoves, but students learned they could get Monday morning off by stuffing rocks in the chimney. 1 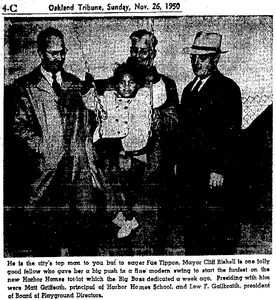 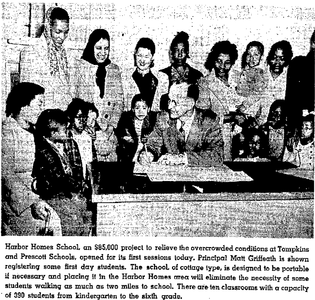