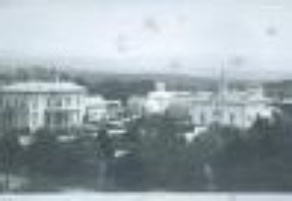 A.K.P. Harmon built the Harmon Conservatory on his private Lake Merritt estate at the corner of Grand Avenue and Harrison Street, in the area of what is now the Cathedral of Christ the Light. Considered one of the largest conservatories in California, the main building was constructed in the form of a cross. Two of the wings dedicated to vineries, and the other two wings, with 40' dome ceilings, were devoted to a wide variety of mature plants.

In 1886 Mr. Harmon had constructed a 5,000' glass rose house, which was the largest in the state of California.

On the estate was a extensive collection of rhododendrons and azaleas. The care of the conservatory and all the gardens was overseen by head gardener William Gage.

In 1901, Edson F. Adams acquired the main structure from the Harmon family, and had it towed (!) over to his family’s property, situating it just where Glen Echo creek empties into Lake Merritt, where it remained until the Veterans' Memorial Building was built. The Adams family gave it to the city in 1903, and was accepted by Mayor Warren Olney. 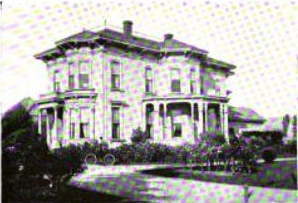