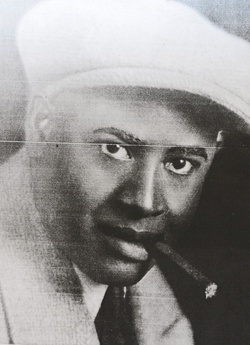 Born in Monroe, Louisiana, Jenkins moved to Oakland, California shortly after World War I, where he found work as a waiter.

Jenkins was married to Elsie Jenkins.

Jenkins opened his famed Slim Jenkins Cafe at 1748 - 7th Street in West Oakland on December 5, 1933, the day Prohibition was repealed with the passage of the 21st Amendment.

Slim Jenkins club in West Oakland, California 1William Knowland, publisher of the Oakland Tribune, was a frequent customer at the supper club.

Jenkins was a successful businessman, owning and operating several West Oakland restaurants, liquor stores, and night clubs which earned him the affectionate title of the "Mayor" of West Oakland.

Jenkins was a charter member of the Port of Oakland Community Club, active in Republican politics, and a member of the Men of Tomorrow, the Oakland Chapter of the NAACP, the Boys Club of Oakland, and served as Director and Vice President of the Transbay Federal Savings and Loan Company. He was also active in a number of social and civic organizations.