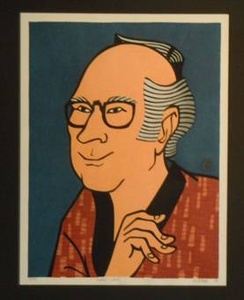 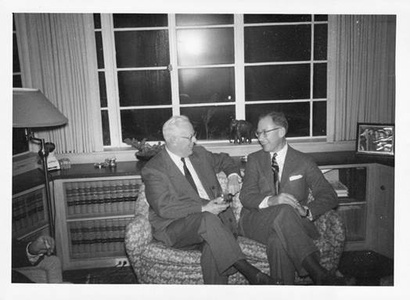 Harry A. Jackson (1918 - 1997) was president of Jackson Furniture, chairman of the Board of Trustees at California College of Arts and Crafts, trustee of UCSF Foundation, and president of Downtown Merchants Association. Created  "Pacifica Designs" featured in Life Magazine (March, 1952). He was the first American retailer to open a retail location in Japan following WWII in 1962. He traveled to Japan and Hong Kong regularly and had a Chinese junk built in Hong Kong which he moored at Jack London Square.

He attended Westlake Middle School, Piedmont High, Cal (BS), Stanford (MBA). While at Cal he and his fraternity brothers would spend Friday afternoons at Hinky Dinks. He developed a lifelong friendship with Vic Bergeron and facilitated the opening of Trader Vic's in the New Otani in Tokyo.

He was the son of Frank Jackson and Gertrude Cole Jackson. After Frank died in 1954, Gertrude married O.D. Hamlin Jr. Harry was the grandson of H.K. Jackson and great grandson of Rector E. Cole and Mary Pilanda Finney Cole. He was married to Betty Lou Jackson having 2 children, Richard Cole Jackson and Lindsay Jackson Nicholson.

More information is available at http://www.lordhari.com