Harry Bercovich (March 1, 1872 – January 2, 1952) ran a cigar and wholesale tobacco business in Oakland in the early 1900s, importing "fine Cuban cigars". He later expanded the business to San Francisco with his brother William. 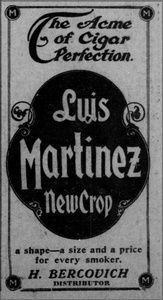 SF Call, 1911Bercovich ran a cigar importing and wholesale tobacco business with shops at 9th and Washington and 776 ½ Harrison. The "S. C." in H. & S. C. was his brother-in-law Samuel C. Bercovich, who died in an auto accident during a family picnic at Alum Rock park in San Jose in 1917. Samuel worked for his father Abraham Bercovich's scrap metal business for a time, then came to work with Harry. Another brother, William, was also involved in running the company, primarily the shops in San Francisco.

In 1900, Bercovich ran afoul of the law when the police decided his cigar vending machine was an illegal slot machine. A judge ruled in Bercovich's favor, as the customer was guaranteed at least 8 cigars for one dollar, whether they won or lost. 1

By 1911, the company had 6 stores in San Francisco under William's direction. They rented a seventh space at the corner of Powell and Market for the considerable sum of $750 per month. 2 In 1958, the H. Bercovich Cigar Co. was located in the former Maccabee Temple building on the southwest corner of 11th and Clay. 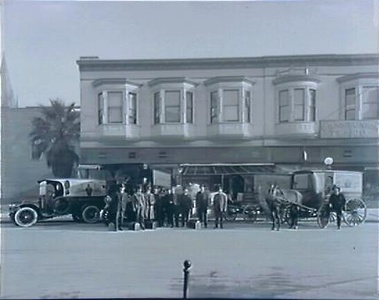 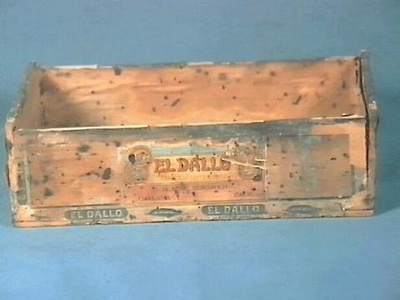 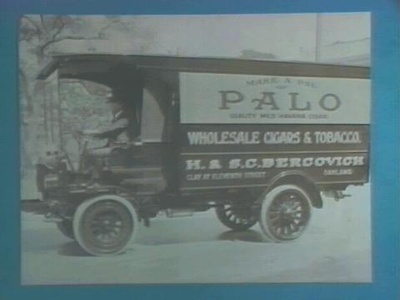