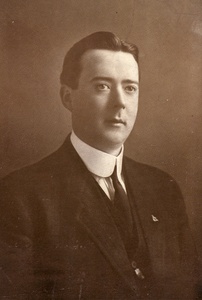 Harry Anderson was born on September 3, 1877 and raised in Oakland. He attended Oakland public schools until 8th grade and went straight to work with his father, Severin Anderson, in the carpet business. 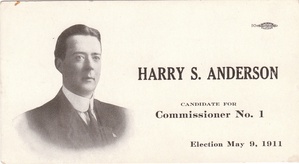 While on City Council, he worked on the construction of Oakland's new City Hall. His position also covered waterfront development, building schools and the ever important wharves. He was also in charge of building the Oakland Municipal Auditorium or the Henry J. Kaiser Auditorium from 1913 - April 29, 1915. 3

Anderson presciently enforced the local-hire rules of the time: in 1912 he called on a San Francisco contracting company to remember the City Charter and to hire Oakland workers while working on the quay. 6

According to wikipedia, Anderson, in his role of Commissioner of Public Works, met the first boat to dock at the wharf at the foot of Clay Street after Southern Pacific lost exclusive control of the waterfront. 4

In 1916, Anderson was involved in attempt to hold a recall election by the Chauffeurs' Union who wanted to recall Mayor John L. Davie, Commissioners William H. Edwards (who was involved in another recall in 1920), William Baccus and Anderson. 8 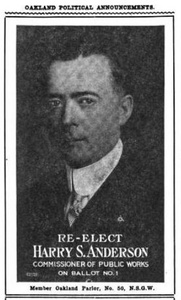 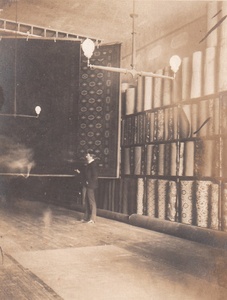 He was secretary of Alameda County's republican central committee, secretary of the Seventh Republican Club and secretary of the state Republican committee convention. He was an Elk, a Mason, a Moose, an Owl, a member of the Fraternal Brotherhood of America and the Royal Arcanum. He was a director of the Oakland Baseball Association (1911-1928) and of the Pacific Coast League  Oakland Oaks (1918-1928). 2 He also belonged to the Athens Athletic Club, the Castlewood Country Club, the Rotary Club, the Chamber of Commerce and the Merchants Exchange. He worked to raise funds (over $1.2m) for a new Masonic temple at 13th and Harrison. 2

When Roald Amundsen came to Oakland to talk about his discovery of the South Pole and the Northwest Passage at the MacDonough Theater, Anderson gave the welcome speech. 5

On June, 26, 1918 Anderson was seriously injured in a car crash in Pacheco. 7 On March 15, 1934, Harry was forced to sell his business to Jackson Furniture Company because of the Unions forcing pressure on him to unionize. 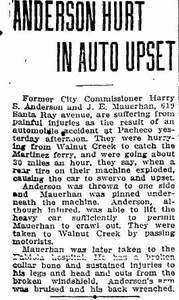 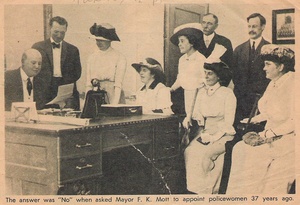 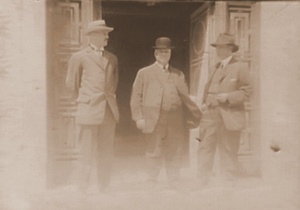 On July 13, 1944, Harry passed away from an acute cardiac dilatation after 4 days at the hospital. Harry is interred at Mountain View Cemetery, Sec. 71, Niche 5, Tier 8. 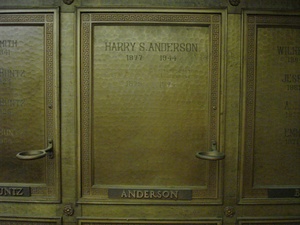