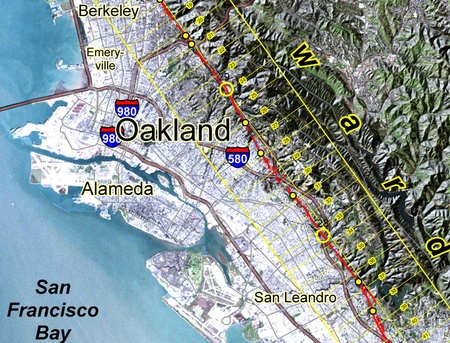 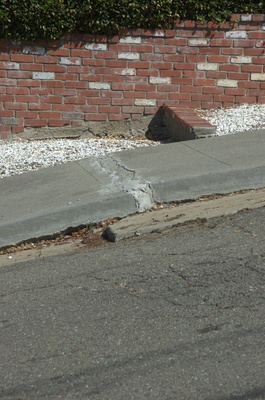 The Hayward Fault is a major geologic fault line that runs through Oakland and the rest of the East Bay. It runs approximately along the base of the hills, following I-580 and Highway 13.

Over the last 1,000 years, the fault has had major earthquakes about every 140 years. The last major earthquake on the Hayward fault was the great earthquake of 1868, which was (as of 2013) 145 years ago, suggesting to many that it's "due" for another one.

The Hayward fault is a strike-slip fault, meaning most of the movement is horizontal. There is about 8-10mm of aseismic creep (movement not during an earthquake) along the fault per year. Not enough for dramatic effects, but enough to crack sidewalks and twist doorways. 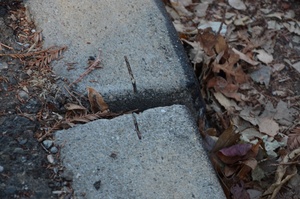