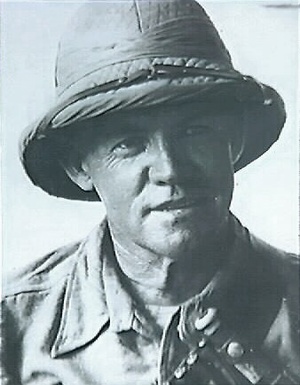 Henry Snow
photo from Oakland Museum of California 3Henry Adelbert ("Del") Snow (December 15, 1869-1927) was an adventurer and big game hunter. He donated his enormous collection of specimens to Oakland to start the Snow Museum of Natural History.

Henry was born in Santa Cruz, and story has it that at 16 he dropped out of school and ran away from home. He lied about his age to enlist in the United States Cavalry, until his mother found out and told his commanding officer his true age. That certainly fits with the way he lived life in general.

Daughter Nydine Elaine Snow (Latham) had an interesting life as well. She married Lester Burdick at age 16 and they had a daughter, Phyllis Claire, but were divorced by the 1920 census. She became curator and director of the Snow Museum, a position she held for many years (1922-c1960), and later married Arthur Chamberlain Latham.

Son Sidney Snow joined Henry in later expeditions, and there was a small zoo on the grounds of the Snow Museum, the Sidney Snow Zoo, which formed the roots of the Oakland Zoo.

Son Homer F. Snow gained a reputation for his work with living animals and became a renowned animal trainer. He was Head Animal Keeper at San Francisco's Fleischhacker Zoo (c1940-1945) and famous for his trained sea lion act at the zoo. He was often sought as an expert, most notably when he was brought in to work with Namu (the second orca to be displayed in captivity) at the Seattle Marine Aquarium. He left over disputes about the condition and size of the pen in which the whale was living. Tragically, Namu only survived a little over a year in captivity. In addition to providing animals for movies and television shows, he maintained a seal act in Seattle, Washington for a number of years, and trained seals for Marine World in Redwood City, California in the late 1960s with his second wife, Eve (Madruga, Rose, André) Snow. Homer had three children, Henry Adelbert "Del" Snow, Judith Elaine Snow Erickson, and Janice Marguerite Snow Niemi with his first wife, Kay (Katherine Leone Woods), and many grandchildren survive him.

Henry Snow was reported to be friends with Henry J. Kaiser and William Knowland, son of Joseph R. Knowland, the editor and publisher of the Oakland Tribune.

Hunting and the museum

Through the 1910s, Oakland had a desire to expand its museums. As part of the promotion for a new museum complex, in 1919 big game hunters Henry Snow and Leslie Simson were sent on an expedition to collect specimens. Henry boasted, "Build me a museum and I'll fill 'er up". When he returned to Oakland in 1921, he was greeted by Mayor John L. Davie and a "tidal wave of publicity." He collected 169 mammals, 1,500 birds, 5,000 bird eggs, and 40,000 insects for the museum. Henry hoped that a large, fire-proof museum building would be built to house his collection.

Oakland purchased the Cutting Mansion to serve as a temporary location for exhibiting the collection. It opened to large crowds in June, 1922, and by the next year had become permanent, with the city allocating a budget for it, and naming it the Snow Museum of Natural History. Henry Snow tried to maintain enthusiasm for a new museum complex with expeditions to the Arctic, and in 1924 he and local businessmen raised $1 million towards its construction. Architect Maury Diggs (who designed the Fox Theatre) even drew up plans for it, but the city attorney ruled it would be illegal for the city to accept it. Snow's death in 1927 and the stock market crash in 1929 brought efforts for a new museum complex to an end for the time being.

Ironically, though perhaps the animals would consider it fittingly, Henry Snow died of Blackwater fever, a disease he picked up while hunting in Africa 1. He’s buried in Mountain View Cemetery, in plot 50, grave 245. Naturally, his grave marker features a lion, though it seems like it should be stuffed and mounted. Sidney's name appears on both the main marker and a smaller marker with his wife Virginia, and in keeping with the theme, an elephant. 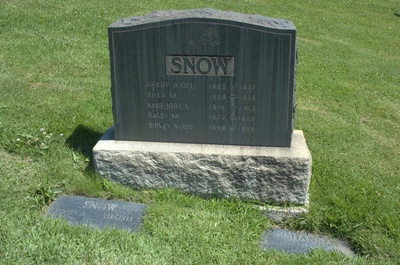 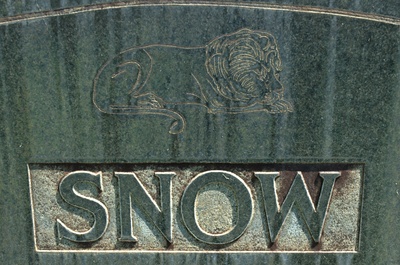 lion on grave marker
photo from Our Oakland 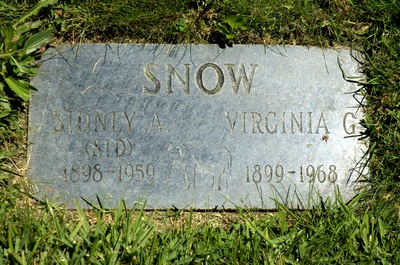 Sidney and Virginia with elephant
photo from Our Oakland