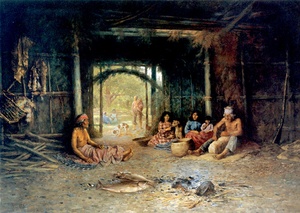 interior of a Pomo dwelling, c.1883 by Henry Raschen 2 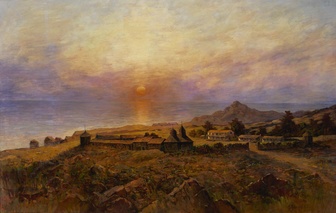 Raschen was born in Ogdenburg, Germany in 1854, though some sources say 1856. In 1868, he and his family emigrated to Fort Ross; in 1883 he settled in San Francisco. Raschen had at least one daughter, Mary Raschen (Taylor Coburn).

Following the 1906 earthquake, Raschen moved to Oakland. He mostly lived at 1635 - 16th Avenue across from San Antonio Park. 1 The home was moved to Embarcadero Cove in 1973, and has been restored for use as professional offices. 4, 5