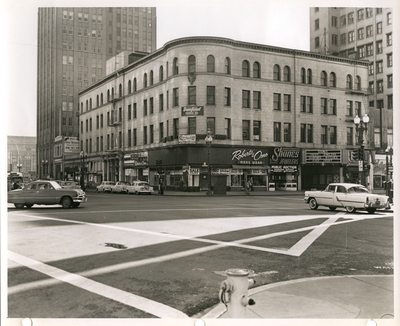 The Henshaw Building was at the southeast corner of 14th Street and Broadway, and was built as the MacDonough Theatre in 1892. It was owned by William Henshaw.

In 1926, it was purchased from the Henshaw estate by the Bank of Italy (later Bank of America). 3

In 1944, there were plans to tear it down and build a large hotel. 2 But it survived another dozen years before it was torn down, and the Smith's Building was constructed on the location in 1956.