The Henshaw family was notable because four of the Henshaw brothers lived in Oakland at various times. Two of the brothers married daughters of Hiram Tubbs. One brother served on the California Supreme Court, and another was the namesake of the Reed-Henshaw House.

Edward Carrington Henshaw (c.1821–September 14, 1872) was born in Vermont (or New York; records differ). He married Sarah Edwards Tyler (Henshaw) (September, 18 1822–August 30, 1894) of Connecticut on March 9, 1849, in Harrisburg, Pennsylvania. While living in Ottawa, Illinois (west of Chicago), they had seven children, only four of who survived to adulthood:

Edward Carrington Henshaw served in the Union army during the Civil War, and commanded "Henshaw's Battery", a light artillery company. General Ambrose Burnside recommended him for promotion on account of his "gallantry on many a well-fought field". Edward died September 14, 1872 at Fort McKavitt, Texas, and is buried in the San Antonio National Cemtery.

Back home during the war, Sarah Edwards Tyler helped to organize an aid society and served as its secretary, as well as an associate manager of the Chicago Sanitary Commission. She is also known as the author of the lyrics of several hymns 2:

After Edward's death, Sarah moved to Oakland to join her son Edward Tyler who was already living there. Sarah died August 30, 1894, in Oakland. 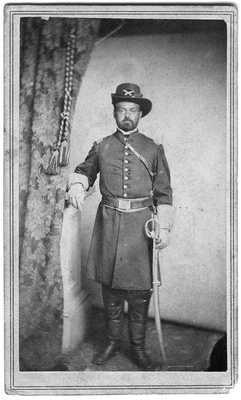 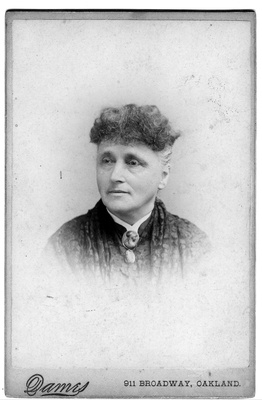 Message to Gene from JL: Here are all the Henshaws listed in the 1887 City Directory (besides William G., whose info. I already added to his page ... perhaps you already have them ...

There were no Henshaws in the 1969 Directory.