Herbert was married on September 16, 1913 to Gertrude M. Nelson, daughter of Captain Nicholas Nelson (Captain Nelson was at one time captain of the ferry boat Berkeley).  Herbert and Gertrude had only one child together, Herbert Anderson.

Herbert became City Treasurer in July 1921 and resigned in June 1923.  Actively involved in clubs, business, and politics, Anderson was a prominent member of the Castlewood Country Club and enjoyed playing golf. 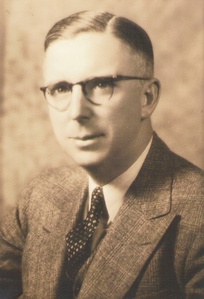 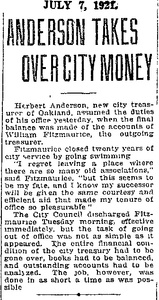