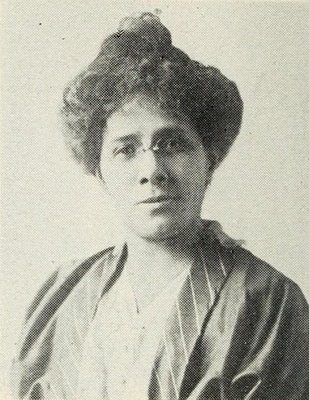 Hettie Blonde Tilghman (1873 – 1933) was a social activist, and co-founder of the Phyllis Wheatley Club of the East Bay. She also worked closely with Fannie Wall, raising money to fund the opening of the Fannie Wall Children's Home and Day Nursery.

In 1920s, she was on the board for the Home for Aged and Infirm Colored People in Beulah Heights. In the 1920s she took charge of the Oakland branch of the NAACP. In 1922 she became president of the Alameda County League of Colored Women Voters, a position she held for 10 years. 5

Delilah Beasley wrote of her: "Mrs. Tilghman is very intense and an untiring worker in anything she undertakes." 6

Tilghman was born Hester Blonde Jones in 1873 (Wikipedia says 1871; census data suggests 1869 since was 9 months old in the 1870 census) in San Francisco to Captain John Jones and Rebecca Jones. John Jones worked as a servant of David C. Broderick, one of California's first two U.S. senators, and was present at Broderick's fatal duel. 7

The family relocated to Oakland about 1887.

In 1907, daughter Hilda was pictured in the San Francisco Call. She was part of a contest the paper was holding, and she was raising money for black churches in San Francisco that had burned in the 1906 earthquake. 3 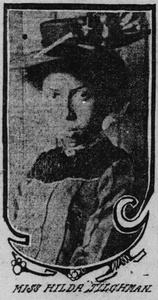 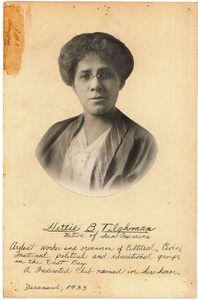