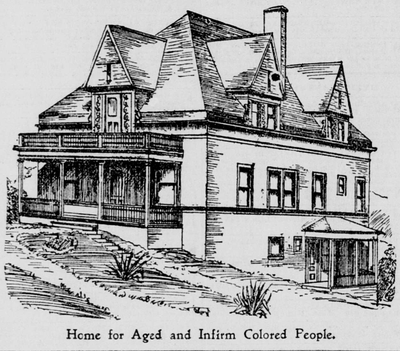 The Home for the Aged and Infirm Colored People of California was established on September 16, 1892. African American club ladies formed the Old People's Home Association in 1892 to build the institution, the first institution to provide care and housing to elderly African Americans in California. Five years later the Association had 100 members and a three story house for the facility, which was located at 5245 Underwood Avenue.

Sacramento Daily Union September 29, 1892The ladies who started the organization were Elenora Amos, Mary E. A. Cole, Mary Goodman, Mary J. Humphrey, Rosa H. Lockett, Ann S. Purnell, Harriet E. Smith, Areminto T. Stanford, Mary C. Washington, Ellen Whiting, and Anna Williams. Their mission was to “sustain a home for the aged and infirm who may be from any cause, incapacitated from taking care of themselves, and such others as the Board of Directors or trustees may think entitled to its benefits.”

Carrie Judd Montgomery and George Montgomery donated the plot of land on their Beulah Heights property to the Association in 1895. Several of the original founders served on the Board of Directors during the entire time that the Home was in operation.

"In the immediate vicinity of the new home in the Home of Rest, the orphans' home and a religious training-school, and not far away the Beulah Rescue Home, for all of which undertakings the Montgomerys have given the land, and to which they freely contribute." 4

The land was donated with stipulation that if the home ever stopped being used for its original purpose, or if they ever sold "intoxicating liquors", the property would revert to the Montgomerys. 4

Five years after the establishment of the Association, a 16 room home was built on Underwood Avenue in Beulah Heights, beginning in August, 1897. This location is today the Mills College campus. Construction of the Home was paid for by $4,000 raised by the Association, in addition to the Montgomery's land donation. In 1905, an 8 room annex was added which allowed the Home to accommodate up to a total of 19 residents. 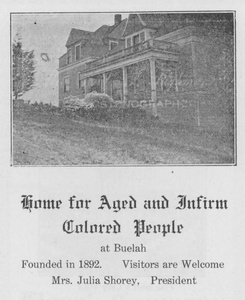 1916-1917 directory adResidents were charged a $500 lifetime membership fee, and they were banned from using alcohol or opiates. Separate living quarters were maintained for the male and female residents.

The first resident of the Home was Alvin A. Coffey, an early California pioneer.

For many years the Home was sustained through regular private donations, as well as the lifetime fee paid by the residents, but with the onset of the Great Depression, donations rapidly declined. The Home was forced to close in December 1938 when continued operation became infeasible due to the impact of rising costs, the Depression and increased housing options afforded by the Social Security Act of 1935 which provided a stipend for the elderly.

The Board attempted to relocate the Home to West Oakland, believing it might be more successful in the midst of a strong Black community. These efforts failed, and the organization was liquidated. The original building and site was sold to Mills College for $13,000 on June 15, 1938, and the building was torn down in January, 1939. The former site is now part of the Mills College campus.

Harriet Davis, a black woman who helped free a number of slaves, was the first matron on the Home and was also a member of the Board of Directors for the Home.

Activist Hettie Tilghman was on the board in 1924.

Between the effects of the Great Depression, and the Social Security Act of 1935 providing other options, it struggled financially, and it closed in 1938. The land was sold to Mills College. 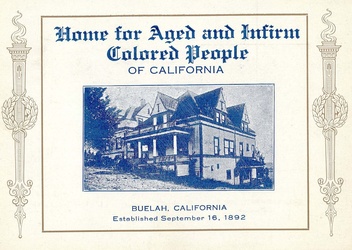 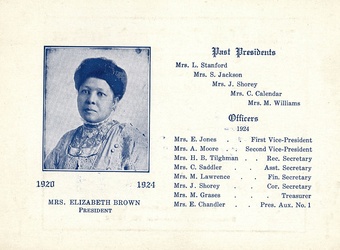 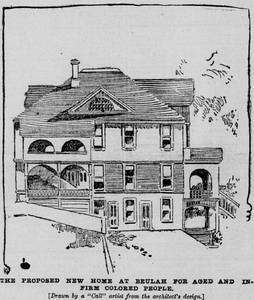