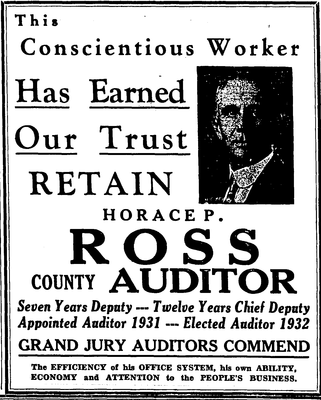 1934 campaign adHorace Potter Ross (July 4, 1876 – September 11, 1949) is a resident of Mountain View Cemetery with an interesting story. He served as auditor of Alameda County for many years, but that's not the interesting part.

His birth parents were James P. Ross and Julia A. Hastings (Ross) from Pennsylvania. After Ross' father was 'financially embarrassed and lost his fortune', James and Julia moved to California. Here they had a child named Horace, but James (an architect) struggled to find work. After Julia had a breakdown and felt she should kill the child instead of letting it starve, and James felt he couldn't care for the child properly, he left Horace on the doorstep of John Potter and Mary Potter.

John and Mary Potter were not chosen randomly by James. When he left his home in Pennsylvania, his father told him, "Now my son, do not want for anything in Oakland, but go and see my friend Mary [Potter] and she will help you." James had been too proud to ask her for help directly.

Mrs. Potter raised little Horace as her own for some years, until James P. Ross made his presence known rather suddenly. When Mary sent Horace out to purchase some bread, James approached him and asked him to shake hands, but Horace was frightened by the stranger and ran away. James went to Mary and said, "Mary, my child will not talk to me." and told her the story. After that, there was no question, and the Potters raised Horace.

It appears Horace went to the Tompkins School, advancing from the 7th grade in 1889. In 1891, police caught 13 boys (including a Horace Ross) jumping on and off trains, and hauled them before Judge Ogden.

According to the 1940 census, Horace and Carrie were living at 2001 - 42nd Avenue, and Horace was working as a county auditor. Living with them was daughter Belle Clawson(?) Ross, who was a music teacher.

Horace retired in August, 1949. On September 11, 1949, he had a heart attack at home and died. The funeral was held at Grant D. Miller Funeral Home under the auspices of Live Oak Masonic Lodge #61. Ross' successor and deputy auditors were the pallbearers, and several county supervisors were honorary pallbearers. 1 Horace is buried in Mountain View Cemetery in plot 13, along with Carrie, and his adoptive parents, Mary Potter and John Potter. 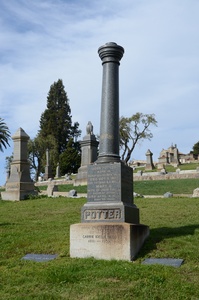 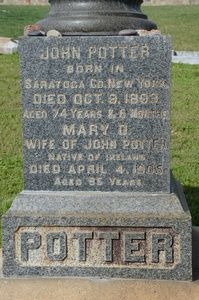 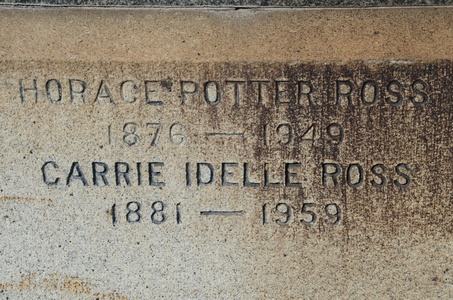