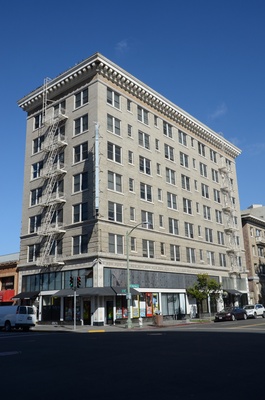 The Hotel Harrison is a large, brick building at 14th Street and Harrison, constructed as a hotel in 1914. It is currently used as affordable housing.

Roger Coit (see also the nearby Coit Hotel) was manager when it opened in 1914. 2 It was designed by [J. Watson Olver?] Olver and Thomas, architects, and built by F. A. Mueller. 6

The Oakland Business and Professional Women's Club met at the hotel in the early 1920s, until building their own clubhouse in 1926. 4 Although not as large as the nearby Hotel Oakland, the hotel was a frequent meeting place for groups like the American Legion.

In 1929, Mrs. Byrne Kelly of Hollister purchased a half interest in the hotel, and moved to Oakland to assume the manager's position. 5

The building underwent a remodel in 1933, and Mr. Claire Bottenfield was appointed the resident manager. The building was owned and operated by the William Frisbie Lewis Company (Irving C. Lewis, president). The Red Lion Tavern, a tavern and coffee shop, was on the ground floor. 1

The building immediately to the north was the Harrison Apartment Building, and home to the Hotel Harrison Grill beginning in 1917. 3 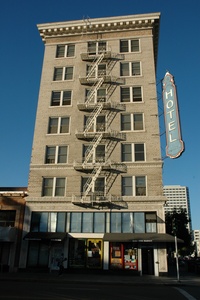 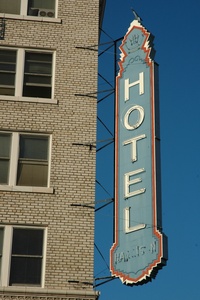 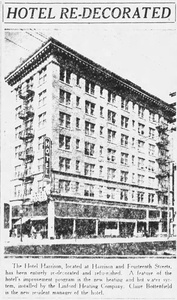 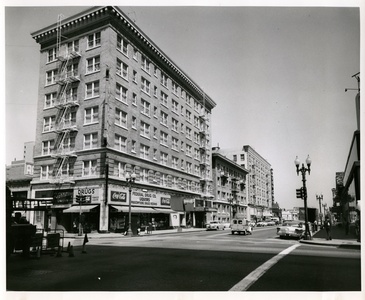 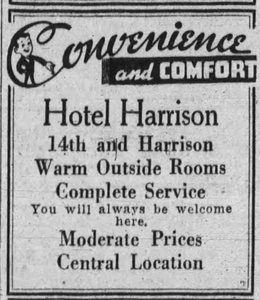