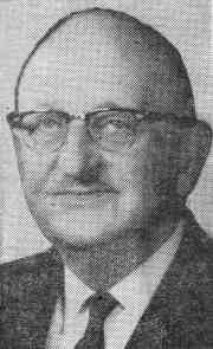 Howard Ellsworth Gilkey (March 26, 1890 – September 12, 1972) was a nationally renowned landscape architect best known for being the designer of the Cleveland Cascade. Other projects include the grounds at Highland Hospital, the original duck pond on Lake Merritt, and the Arboretum in Knowland State Park. Gilkey also did some of the early design work for the Woodminster Amphitheater. He was landscape architect for the city of Oakland Parks Department and acting City Planning Engineer from 1920-221

Among his many accomplishments was being named as the first western landscape designer to become a member of the American Society of Landscape Architects. In 1963 the Oakland Eastbay Garden Center, an association of 55 Garden Clubs named Howard Gilkey “Man of the Year.”

Howard Gilkey was famous for producing the annual California Spring Garden Show which were held in Oakland, and his concept of flower shows with unique themes was a new idea for the era. A significant Gilkey innovation, beginning with the third show, was to adopt a theme that structured the show as a whole. Themes included “Moorish Gardens,” “Formal Garden,” “Kew to Kyoto,” “Valley of the Giants,” and “Enchanted Forest” and could involve the reconstruction of a redwood tree (bark chip by bark chip) or a mountain cateract.

In 1998 architectural historian Phoebe Cutler said of Gilkey's legacy: "Landscape architect Howard Gilkey had more effect on the city of Oakland than most of its mayors and city councilmen yet his name and reputation have virtually disappeared from the memory of the Bay Area." 1

Gilkey's longtime friend Arthur Navlet, owner of Navlet's Garden Nursery, said in 1976 that "Howard’s concept of flower shows with themes was unique. At the time, the Philadelphia, New York and Boston shows were tops in the nation. These shows used the unlimited resources of wealthy eastern estates. Their individual exhibits surpassed ours in quality of plant material, but each exhibit was unrelated, so their shows were a beautiful collection of exhibits. There was no thought of a unified picture or theme." 1

Howard Gilkey was born March 25, 1890 in Buchanan County, Iowa, to Burton H. Gilkey and Laura Belle Wetmur (Gilkey). Gilkey married Elsie Marie Krause (Gilkey) sometime before June, 1917. In 1924, the Gilkeys were living at 618 Beacon Street. In 1928, they were living at 4060 Lyon Avenue. By 1930, they'd moved to 6311 Moraga Avenue, across from the Montclair Park; this site would later be demolished for the construction of Highway 13.

Elsie died in 1941. On November 27, 1970 Howard married Ruth Danskin (Gilkey), who was a staff writer for the Oakland Tribune. As far as I've found, the Gilkeys didn't have any children.