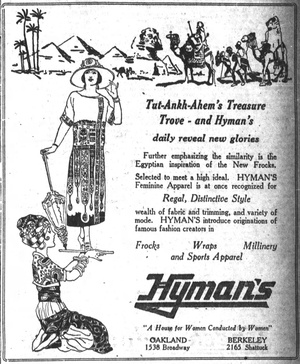 Hyman and Lesser had run a women's apparel shop in Berkeley, and for a time had both shops open. By 1930, it appears they had closed the Berkeley shop, and had opened one in San Francisco; 4 a 1931 ad lists only the San Francisco location. 5 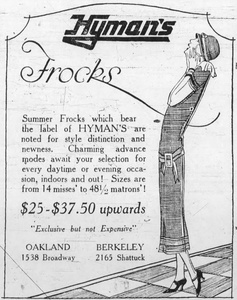 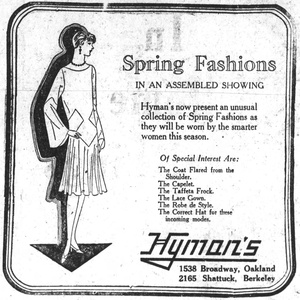