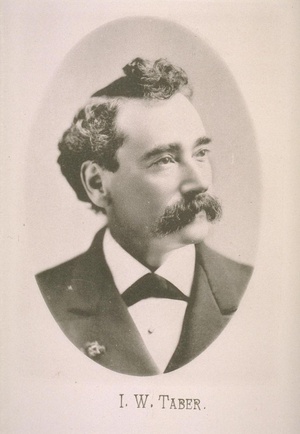 The Taber house was at 1551 Madison (originally 1351) and Taber photographed his family there as well as the house itself. See the collection link for many more photos of the house and family. 3

Louise was an author of some note; her works include The Flame. 8

Daisy was the namesake of Samuel Merritt's 28'-long sharpie Daisy, which she christened in 1882 and Dr. Merritt thereafter launched on his namesake lake. 11

That same year, the Taber family hosted the Hawaiian legation to Japan, along with members of the Casco party (Merritt's yacht) which had been entertained in Hawai'i. The party had apparently included I.W. and Daisy, along with Dr. Merritt and Thomas Dargie. 12 Coincidentally, Dargie's sister, Anne Dargie, was Daisy's teacher at nearby Lincoln School. 13 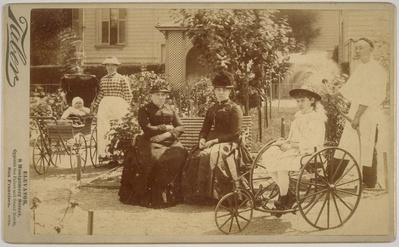 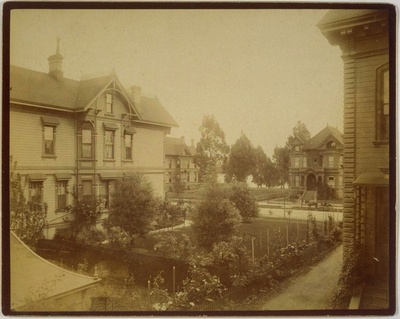 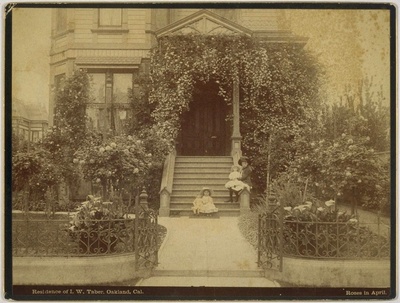 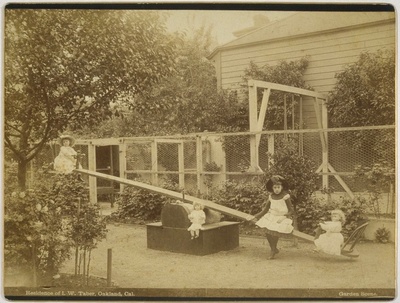 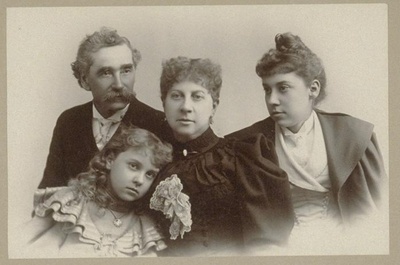 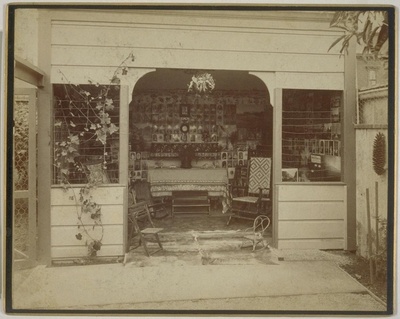 Taber's San Francisco studio was destroyed in the 1906 earthquake and fires, and he decided to retire. He lost over 80 tons of portrait negatives and 20 tons of view negatives. 4,5,6 Even allowing for glass plate negatives, it must have been a huge collection. An article in the California State Library Foundation estimates the collection included 100,000 portraits and 30,000 scenic views, though the article notes some were the work of other photographers. Taber had planned to donate them to the state, but had to sadly report their destruction instead. 10 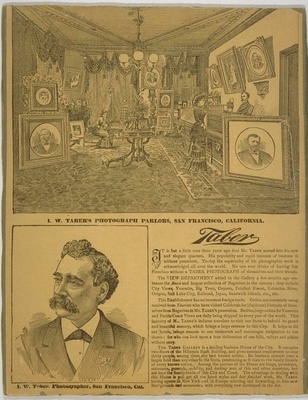