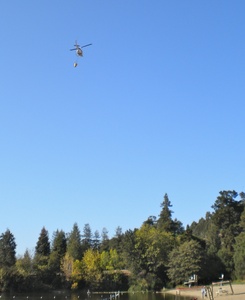 CAL FIRE at Lake Temescal
photo from Our OaklandOakland residents are familiar with helicopters (aka choppers aka "pretty little birds" - yes, I've heard someone say this). Some have made a sport out of spotting the choppers that fly about. Others are annoyed by the noise. Whatever your take on helicopters, you might want to know what you are seeing. They’re often low enough that you can tell their colors and/or markings. Most often seen are news helicopters, but there are a variety of public safety helicopters, flying ambulances, and other helicopters, too.

The identity, purpose and trajectory of helicopters is often revealed by their radio transmissions. Helicopter pilots throughout the Bay Area communicate with another on an aircraft radio channel known informally as "Golden Gate Traffic." The frequency, which can be picked up on almost all scanner radios, is 124.300 (AM). Transmissions typically begin with an identification (usually the registration "N-number") and then indicate direction of travel and altitude. During large public events, demonstrations and disasters, the traffic on this frequency can reveal details that are not otherwise disseminated through the news media. Other frequencies sometimes used by helicopters in the Bay Area include 123.025, 123.050, and 123.075. 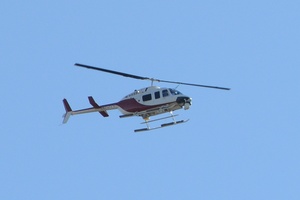 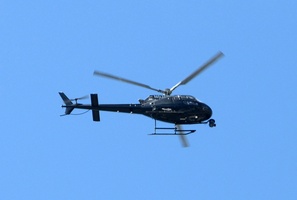 [email protected] - last char is 8?
photo CC-A from Our Oakland 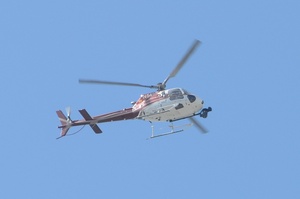 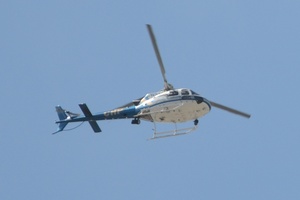 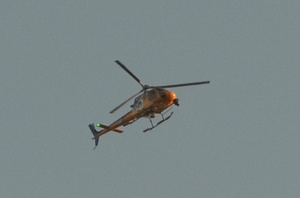 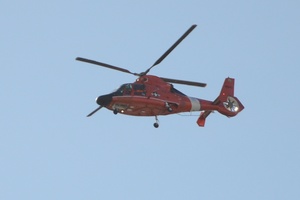 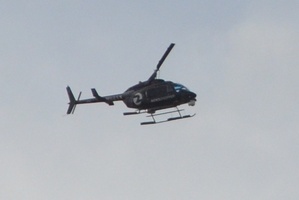 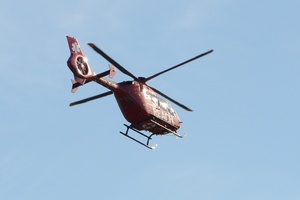 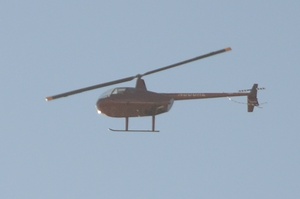 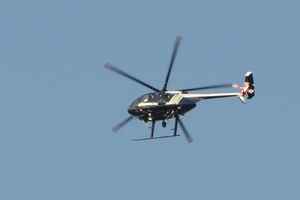 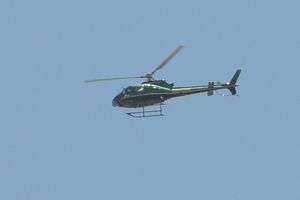 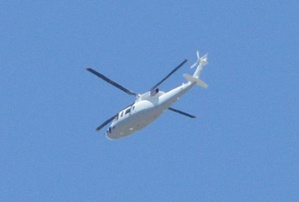 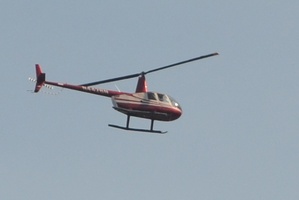 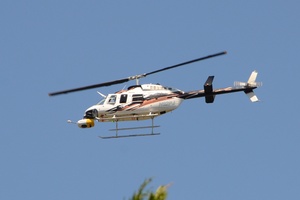 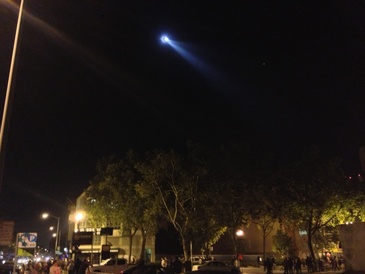