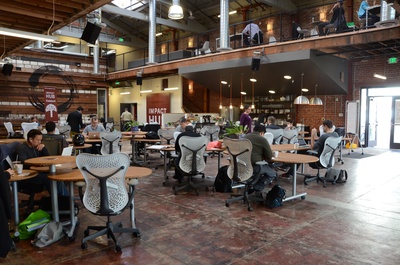 Impact HUB Oakland is part of the Impact Hub network of coworking spaces. Hub was located at Broadway and 14th in downtown, but has just (February, 2014) opened in the Hive complex (2323 Broadway) in Uptown. They've got a beautiful space in the newly restored building, with a common area and kitchenette, separate offices available for rent, and conference rooms. 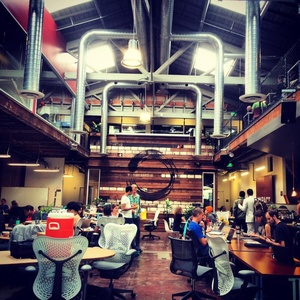 Named "best place to be creative in the east bay" by East Bay Express, 2013.

Hub received the "Innovative Newcomer" award at the 2014 Indie Awards.

Impact HUB Oakland was the recipient of the East Bay Express Best CoWorking Space Readers' Poll Award in 2014 and 2015. The editors awarded them the Best Building Transformation Award.