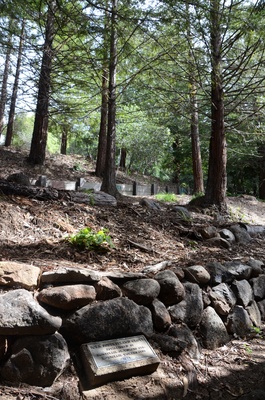 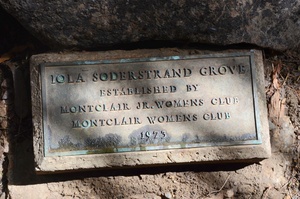 The Iola Soderstrand Grove is a small grove of redwoods behind Montclair Village. It is named for Iola Estelle (Cassaretto) Soderstrand (April 8, 1911 - August 2, 1973) who was a long-time Montclair resident who worked to beautify the village.

Soderstrand was a member of the Hillside Gardeners of Montclair, the Montclair Women's Club, and coordinator of the Montclair Junior Women's Club. It was her idea to place the concrete planters around the village, which more recently have been covered with tile mosaics.

The grove was dedicated March 4, 1973, and then Mayor John Reading was amongst the attendees. Soderstrand died later that year. 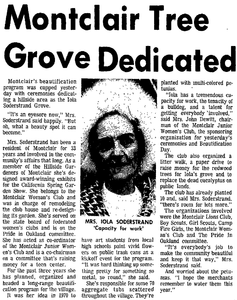