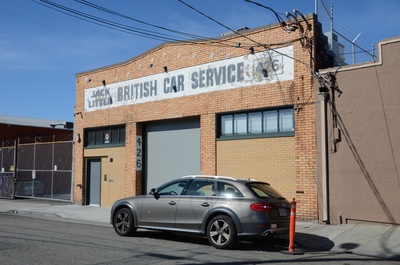 It is of secondary importance (C) to the 25th Street Garage District. According to the Oakland Cultural Heritage Survey 1, there was no building permit filed, but the Sanborn maps suggest it was built in 1925–1926, and the owner was N. C. Hopkins (possibly Newton C. Hopkins in the hardware and radio business on 23rd Avenue in the 1920s and 1930s.) Uses of the building have included: