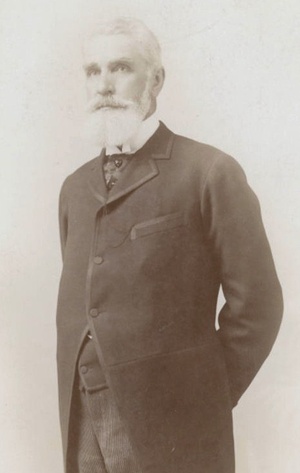 James Gamble (circa 1869)James Gamble is historic for being the first person to bring the telegraph to California.  He was the founder of the California State Telegraph Company, and installed the first telegraph lines from San Francisco to San Jose, etc.  There is mention of the East Bay, Hayward, etc. in the link below.

Multiple sources (like this one) say that Alta Telegraph Company built the line from Oakland to Sacramento, which ran next to today's Telegraph Avenue and then along what is now called Claremont Avenue, and it was completed in 1859.  Check out this ancient map of the Peralta property, especially just below and to the left of the map's name, where you see a note about Alta Telegraph's road from Oakland to Martinez crossing the property boundary -- about where Claremont, Fish Ranch and Grizzly Peak come together.  Also note that the book linked above implies that the State Telegraph's line did not touch Oakland.